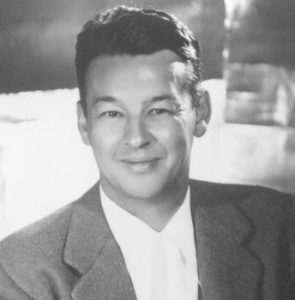 Carlos J. Tavares was born in Shanghai, China. Carlos was a naturalized U.S. citizen. He graduated from the University of Notre Dame with degrees in architecture and engineering. He spoke fluent French, Portuguese, Mandarin and the Shanghai-Chinese dialect.

Carlos began his global career as a design engineer for a French firm, Ledrux Minutti. Later, he became general manager and chief engineer for the Vibro Piling Company in Shanghai. Eventually, Carlos returned to America where Tavares Construction Company, Inc. was engaged in all types of heavy construction work until World War II. Two renowned projects at the time were replacing concrete piling under the enormous Ford plant in San Pedro and the raising of the Bridge of the Gods over the Columbia River.

During World War 11, Carlos met a unique challenge in a field that was almost completely unknown at the time - the building of concrete ships. He was so successful he became a partner in Concrete Ship Constructors. The company built 49 of 92 concrete ships.

Carlos' next venture was in real estate development. His first project was Roberta Park, a 100 home subdivision in Chula Vista. The largest single development undertaken by Carlos was the community of Clairemont in the city of San Diego. Today, Clairemont has a population of over 80,000. Tavares Development Company was later acquired by Sunset International Petroleum Corporation with Carlos at the helm of the newly formed real estate division. Additional master- planned communities initiated by Carlos included Sunset- Whitney Ranch in Rocklin; San Marin in Novato; and Sunset Hills near Whittier.

Challenging heavy construction projects that required special engineering knowledge and experience were the types of projects Carlos pursued. One such challenge, that required great ingenuity , was the design and construction of a coffer dam for the Chief Joseph Dam in the state of Washington. At that time, the dam became the nation's second largest source of hydroelectric power. In another project, Carlos joint ventured with a company that was awarded the Hyperion ocean outfall sewer job in Los Angeles. It was the largest ocean pipe laying job in construction history.

​Carlos passed away in November, 1975. He is survived by his wife, Claire, daughters, Carla Herman and Claire Irwin, and son Carlos, Jr. Eight grandchildren and three great-grandchildren also survive him.