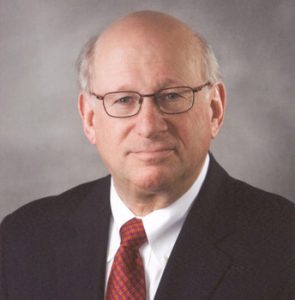 Jeff Slavin has been deeply involved in the activities of HomeAid for the past 12 years, first as a builder captain, then as Chairman of the Board of Directors, and now as Chief Executive Officer. During that time, HomeAid’s 22 chapters have grown into the largest provider of housing for the temporarily homeless in America. HomeAid has now completed 175 shelters, totaling nearly one million square feet and costing in excess of $130 million. HomeAid’s shelters have served more than 100,000 men, women, and children in their efforts to rebuild their lives.

During his 30 year career in the housing industry, Slavin has been responsible for the development of thousands of homes across California. Following graduation from Franklin and Marshall College and the Columbia Law School, and a brief stint working in the public sector in New York, he came to California and spent eight years doing market research for a variety of real estate development companies.

He got his start in the housing business with Ponderosa Homes as a divisional marketing director. In 1986, he was appointed President and Chief Operating Officer of Ahmanson Developments, where he managed the production of homes in four operating divisions and joint ventures with other homebuilders around the nation. He subsequently guided the transformation of the Donald Bren Company into California Pacific Homes as its President and Chief Operating Officer and led its resurgence on the Irvine Ranch as an active homebuilder.

Slavin’s industry activities include long service on the BIAS/SC Sales and Marketing Council, the Board of Directors of BIA/OC, and CBIA’s PCBC Committee, including the presidency of the show in 2001.

Slavin and his wife Janice live in Irvine, CA. They have two adult sons, Matthew and Alexander.