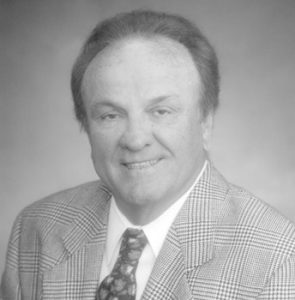 A leading homebuilder in Orange County and one of the nation's most successful building corporations, Centex Homes has a net worth of $1 billion and revenues of $5 billion. Much of the company's market performance in Orange County can be attributed to Osgood, who is known in the building industry for bringing phenomenal success to a number of companies. At Kaufman and Broad Home Corporation, Roland created the South Coast subsidiary and shaped its record-breaking success. As president of several residential development subsidiaries of The Irvine Company, Roland's leadership laid the groundwork for many landmark communities. Three decades at the heart of Orange County's building industry have given Roland a unique perspective of the region's past and future growth.

"Orange County is turning into an in-fill situation, with the limited amount of land still available for development controlled by major landowners," Roland says. With the annual demand for housing at 15,000 units, and the industry delivering only around 6,000 units, "we're pricing ourselves out of the market for first-time home buyers," he adds. The limited amount of available land will change the shape of the local building industry. "There's a smaller pie for the builder," Roland says. "Most large builders typically want to do volume, but Orange County will become an in-fill market in the next eight years."

To meet the pent-up demand with more affordable products, Roland predicts the return of attached housing. " Attached housing was very popular due to pricing. Builders moved out of the market in the 1990s, when land prices dropped, spurring the detached market," Roland recalls. "Today, some of the top selling projects are attached."

As an active member of the Building Industry Association since 1969, Roland has been influential in fostering a partnership between the development community and governmental agencies. Accomplishments realized under his leadership include obtaining tax-exempt bond financing to build affordable apartments in the City of Irvine, and the creation of an incremental method by which developers could dedicate open space and parkland in Orange County. "We always want to be in partnership with the communities in which we build," Roland says.

Within the building industry, Roland is recognized for his unique ability to foster company growth and his dedication as a professional mentor to young executives entering the business. "I try to teach young executives how to fly the airplane without letting them crash," he says. "They're encouraged to make decisions on their own, rather than come back to committees to get approvals." Because talented young people are offered extensive professional development opportunities within their company, Centex has a high degree of employee loyalty. "People don't leave because we give them a working environment that they enjoy," Roland says. "I call that 'psychic income."'

​A rewarding and challenging work environment is particularly important today. "In the past, people wanted a career in the building industry, but we're seeing fewer young people coming in today," Roland says. "Now, we're competing with the high-tech industry to attract young people." Roland believes that, by taking an active role in the community, the building industry can raise its profile as a potential career path. "We're not carpetbaggers, we're part of every community we work in," he adds.