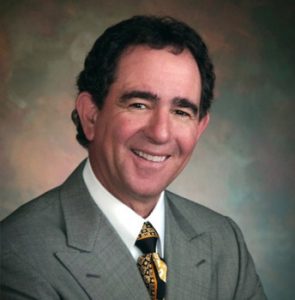 Dennis Moresco, founder of Midland Pacific Building Corporation started out initially working for his father “swinging a hammer” on framing jobs. After graduating from California Polytechnic College in San Luis Obispo in 1975 with a degree in architecture, and while he apprenticed to obtain his license to become an architect, he decided to build a house for himself. Within a year and a half, Moresco was deeply involved in his own business as a general contractor.

​As his business grew, Moresco brought in partners and branched into architecture, planning and real estate development. In 1998 Midland Pacific Building Corporation sold those divisions to concentrate on development and building new homes and neighborhoods.

Moresco has served in numerous industry leadership roles, including president of the Home Building Association of the CentralCoast, the California Building Industry Association and PCBC. He currently serves on the board of the Home Construction Insurance Company and is one of the company’s founding members.