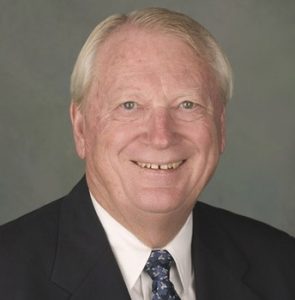 As president of SummerHill Land, Mr. Head oversees all the land acquisitions for SummerHill Homes. In this capacity, he is responsible for seeking out and acquiring all land opportunities, as well as the planning, processing, and feasibility analysis for new communities. Mr. Head has been with SummerHill Homes for 12 years, holding numerous positions including President and CEO and Vice President, Land Acquisition and Planning. Having worked for both builders and local government for many years, he has an extensive understanding of the homebuilding industry.

Prior to joining SummerHill Homes, Mr. Head was President of Watt-Oakland and Watt-Head Developers, and served an 11-year tenure as Division President at Barratt Homes and McKeon Construction. He was also the Founding General Manager for the Ruby Hills Country Club in Pleasanton from 1995 to 1999.

As a San Jose City Council member from 1989 to 1994, he served as Vice Chair of the San Jose Redevelopment Agency and Chair of the Finance Committee.

​Mr. Head graduated with honors from Loyola Marymount University, receiving a Bachelor of Arts degree in English Literature. Additionally, he pursued Master’s Degree work at California State University, Los Angeles. Mr. Head is married with four adult children and five grandchildren; his hobbies include reading in history and politics as well as flying. He has served as a Silicon Valley Education Foundation board member since September 2010.