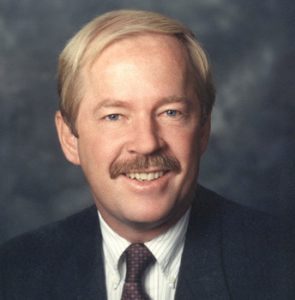 Upon graduation from the University of New Mexico in 1971 with a B.S. Degree in Civil Engineering, Cortney was commissioned as an officer in the Civil Engineering Corps of the U.S. Navy, where he attained the rank of Lt. Commander in the Navy Reserves. When left the Navy, Cortney joined the Irvine Company as a project engineer and project manager, assisting in development of the company’s 70,000 acres in Orange County.

Under Cortney’s direction, the Northern California Division expanded its orientation toward first-time buyers to provide housing products for all market segments and at all price ranges. (The current range is $140,000 to $1.5 million.) This strategy enabled the Division to expand its market share and revenue base from $40 million in 1985, to $400 million in 1999–a 1000% increase. “We are the largest homebuilder in the 12-county Bay Area,” Cortney says.

The housing industry recession, from late 1989 to mid-1995, changed Cortney’s focus from expansion to asset management and staff retention. “We didn’t lose our core staff and were profitable during the downturn,” Cortney says. He credits Standard Pacific’s ability to weather the recession to its conservative financial position, stable management, and encouragement of the entrepreneurial spirit. While many in the industry were struggling to survive, Standard Pacific of Northern California delivered around 2,000 houses, with substantial profit.

When the economy rallied in the mid-1990s, Standard Pacific was positioned to take advantage of the recovery and continue market expansion. In 1997, Cortney was promoted to the additional position of Executive Vice President of Standard Pacific Corporation, and charged with expanding into new markets.

“We took the opportunity of a good economy in California to expand out of state,” Cortney says. Acquisition of most of the staff and about 3,000 lots of the former UDC Homes of Arizona enabled Standard Pacific to become a significant builder in the second largest new home market in the country. Currently, Cortney is repeating the acquisition process in Denver, Colorado.

Concerned that the homebuilding industry “has done a bad job of making our case with the public,” Cortney became a founding member of  Home Ownership Advancement Foundation, a coalition formed by 12 major builders  to address issues particular to the scale at which they build. HOAF works closely with the California Building Industry Association, and their combined lobbying efforts have resulted in significant industry advancements in the areas of school fee reform, infrastructure funding, and construction defect issue.

Cortney is active in the Home Builders Association of Northern California, having served as Eastern Division President and Chairman of the Board. Currently, he is Vice Chair of the Chairman’s Council of HBANC, and a member of the Executive Committee and Board of Directors. He also is a charter member and board member of HomeAid of Northern California; and a founding member and former director of the Dublin Fine Arts Council.

Standard Pacific Corp. has the unique distinction of having two of its top executives inducted into the Hall of Fame this year: Michael Cortney and Stephen J. Scarborough, Chief Executive Officer of Standard Pacific Corp. in Irvine, California. To commemorate their induction, Standard Pacific has pledged $100,000 to the CBIF’s Century 2000 Campaign as a permanent endowment to sponsor research on public policy issues related to homebuilding and home ownership. Both Cortney and Scarborough will establish personal endowments through CBIF to provide scholarships at the University of New Mexico-Albuquerque, UCLA and USC.